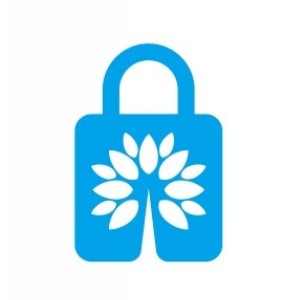 Active shooter situations are rare, but they have dramatically increased and become deadlier in recent years. These shootings occur in places such as churches, workplaces, theaters, schools, concert venues, and shopping malls. The Federal Bureau of Investigation (FBI) has designated 250 shootings as “active shooter incidents” that occurred from 2000 to 2017. In 2000, there were 7 people total injured or killed in active shooter incidents. In 2017, the total was 729, with 138 killed and 591 injured. Learn more below, including steps for what to do if you find yourself in the same location as an active shooter.

The Department of Homeland Security (DHS) defines an active shooter as a person in a populated and confined area who is actively engaged in killing or trying to kill people. The agency says these shooting incidents evolve quickly and are highly unpredictable. If you are where an active shooter is, the DHS says that it’s vital for you to first calmly decide on the best and most practical strategy for protecting your life.

Three Steps on What to Do in an Active Shooter Situation

Experts on mass shootings have devised a simple guideline on what to do if there is an active shooter at your location, as follows:

Leave the premises, if there is an escape path that you can access. In doing so, be sure that you:

If you are unable to evacuate, hide in a place where the active shooter is less likely to find you. It should not be in the shooter’s view. Choose a hiding spot that provides protection from gunfire and won’t trap you or restrict options for movement.

If possible, lock the door or use heavy furniture to blockade the entrance to your hiding area. Next, take the following actions:

If you can neither evacuate or hide, remain calm. If possible, call 9-1-1 to advise police of the location of the active shooter. If you must remain quiet, leave the connection to the dispatcher open with the microphone on and with sound on your phone muted.

If your life is in imminent danger and the other two options aren’t possible, attempt to incapacitate or disrupt the active shooter by committing firmly to any of the following actions:

Cooperate with the police, when they arrive on the scene. They will be trying to stop the shooter as rapidly as possible. Keep your hands visible at all times, and put down your purse, jacket, or anything you’re holding. The actions police take may not make sense to you, but trust that they know what they’re doing and simply cooperate with their instructions.

Hopefully, you are never in a situation with an active shooter. But if you are, experts have said that they believe the above outline of actions to take can help you survive. One additional step to take is to have a GPS locator app downloaded to your phone, so family members can find you in an emergency.

About the Editor: Bryan Beeler is a Certified Estate and Trust Specialist

Create a plan for family emergencies

Create a plan for family emergencies

The impact of not having affairs in order for emergencies

The impact of not having affairs in order for emergencies

Simply insert the Family Emergency Card flash drive into the USB port of your computer, open and complete the workbook forms, save a copy of your will, medical directive, insurance policies and other in-case-of-emergency files on it as well.  Store in a safe place or with your attorney.  Comes with step-by-step instructions, including how to password-protect it.

Not that technical?  Get the paperback workbook instead of the flash drive.

Protect someone you provide care for

Protect your family in an emergency

Create a plan for unexpected emergencies